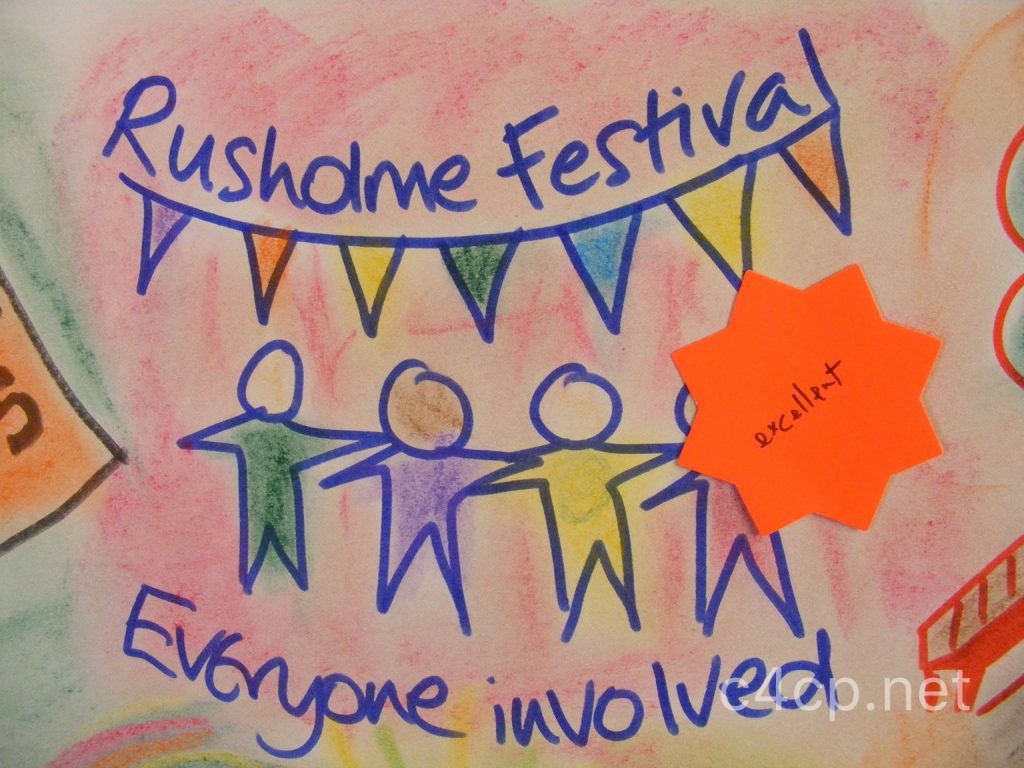 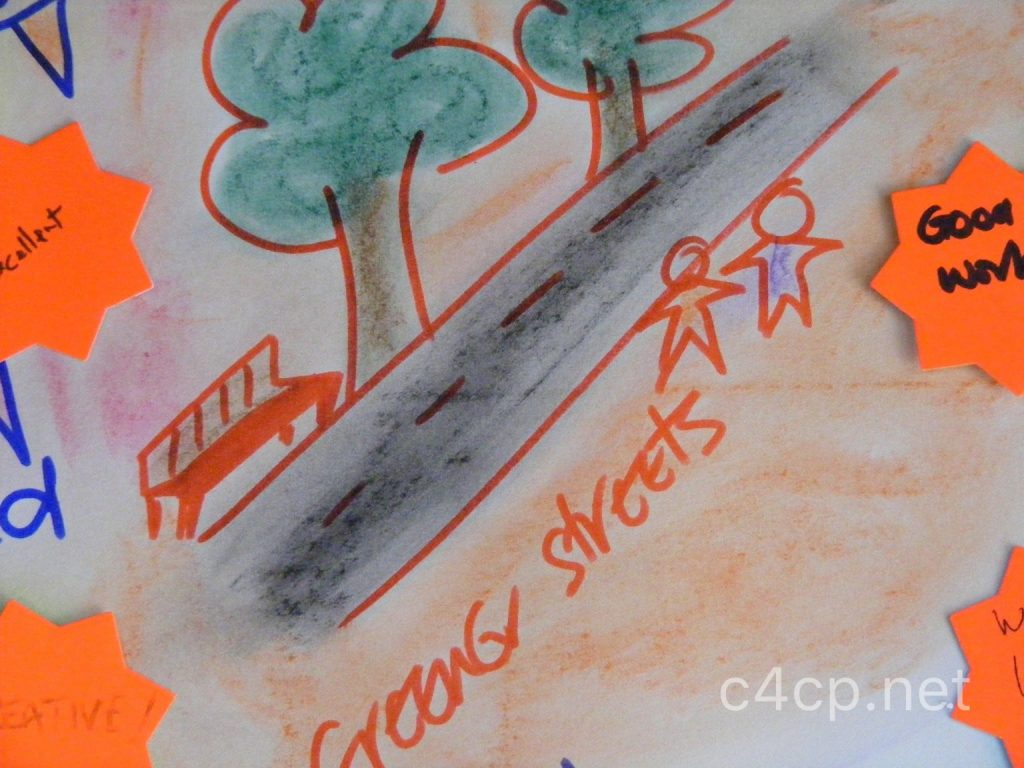 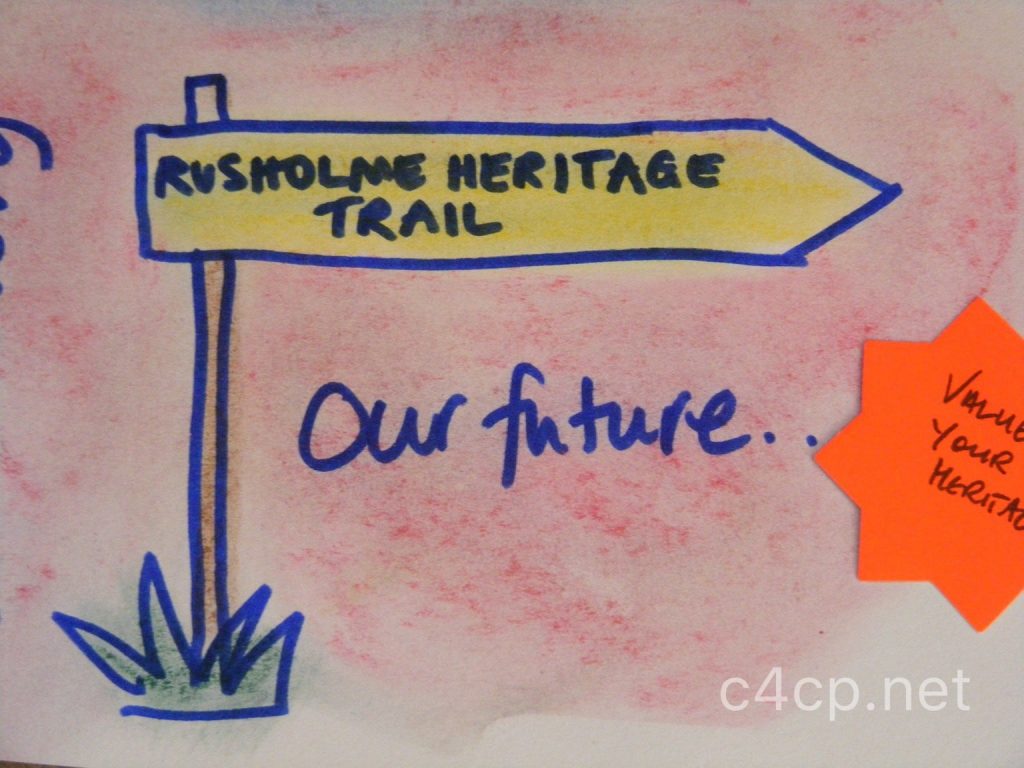 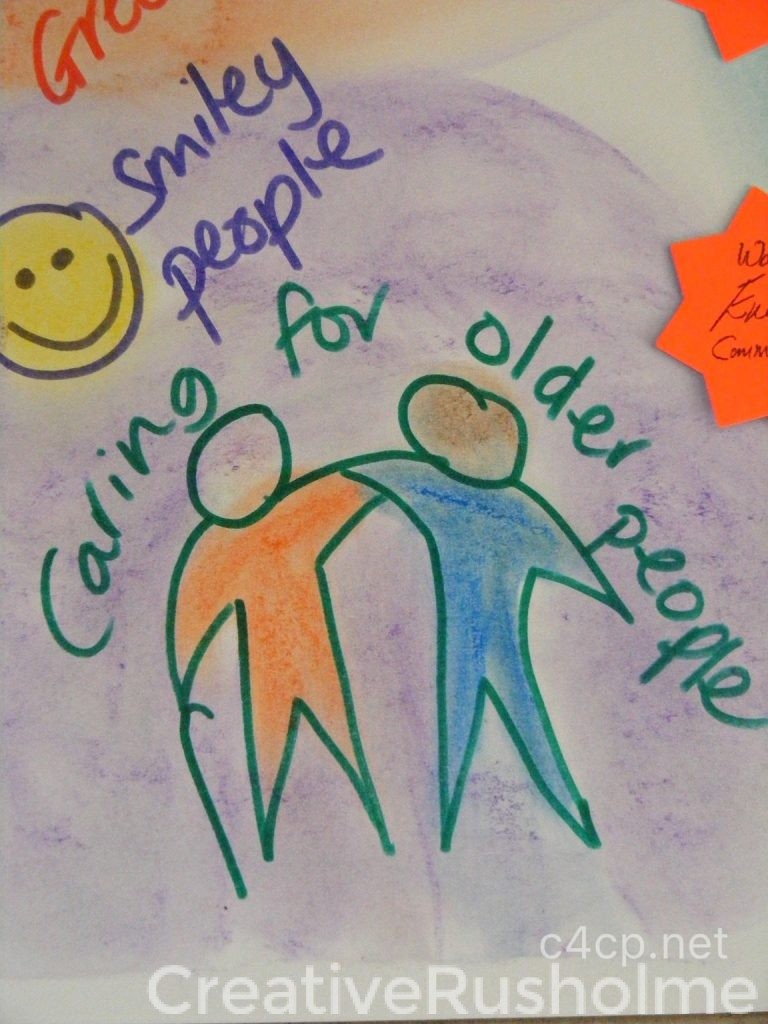 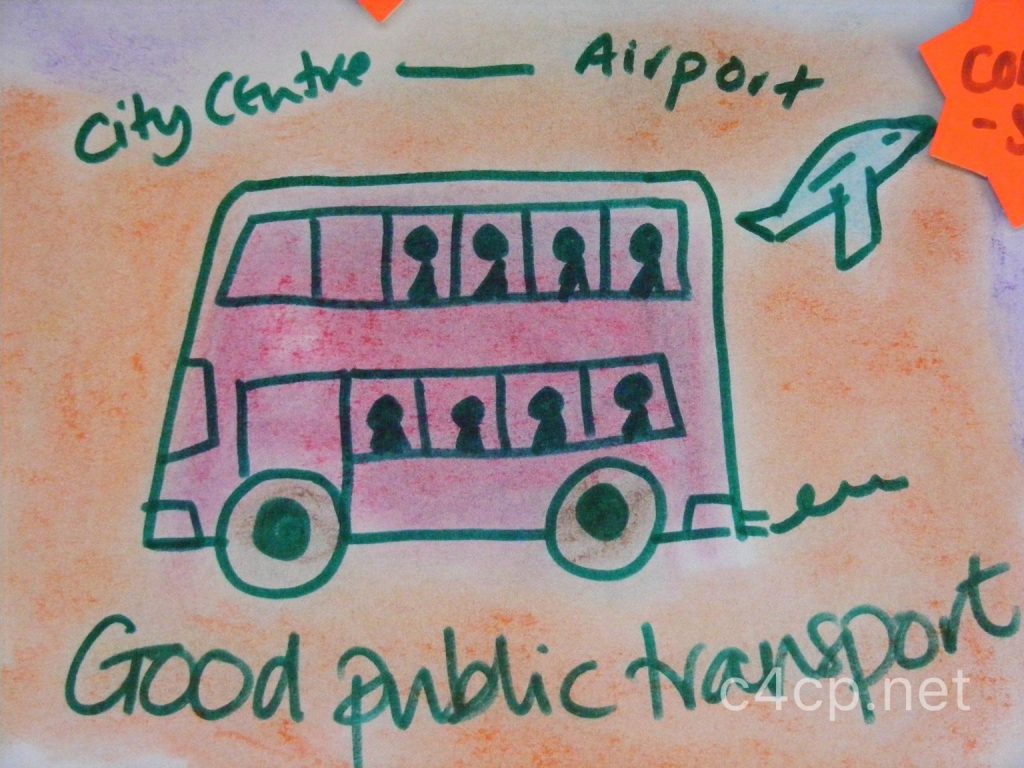 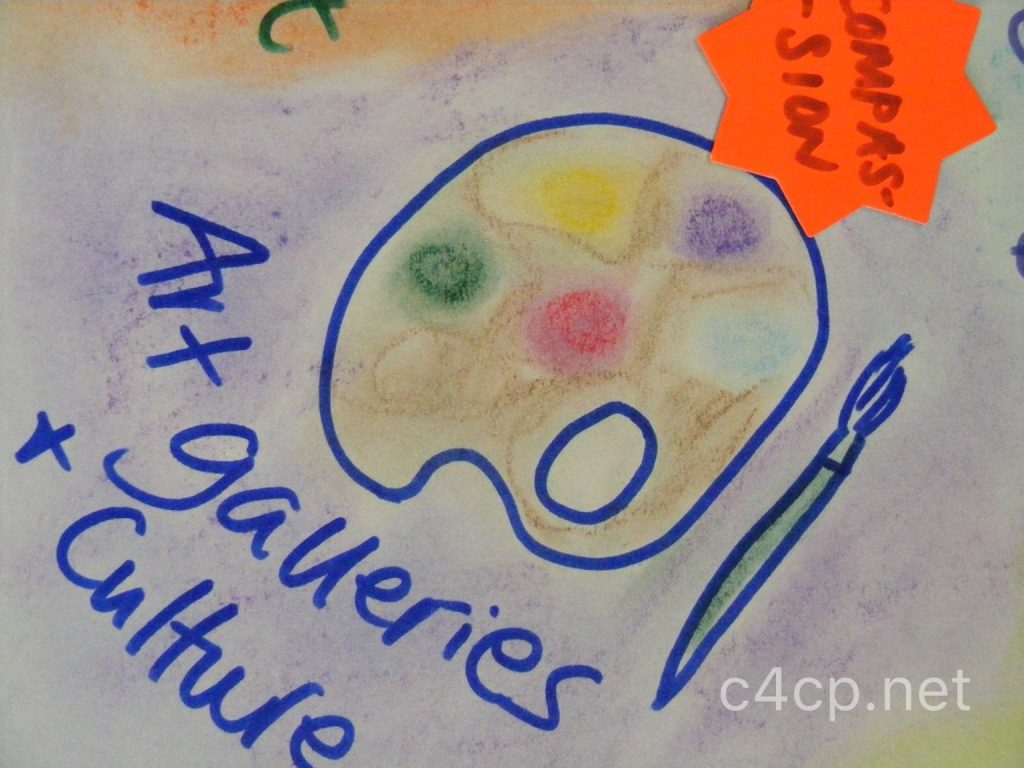 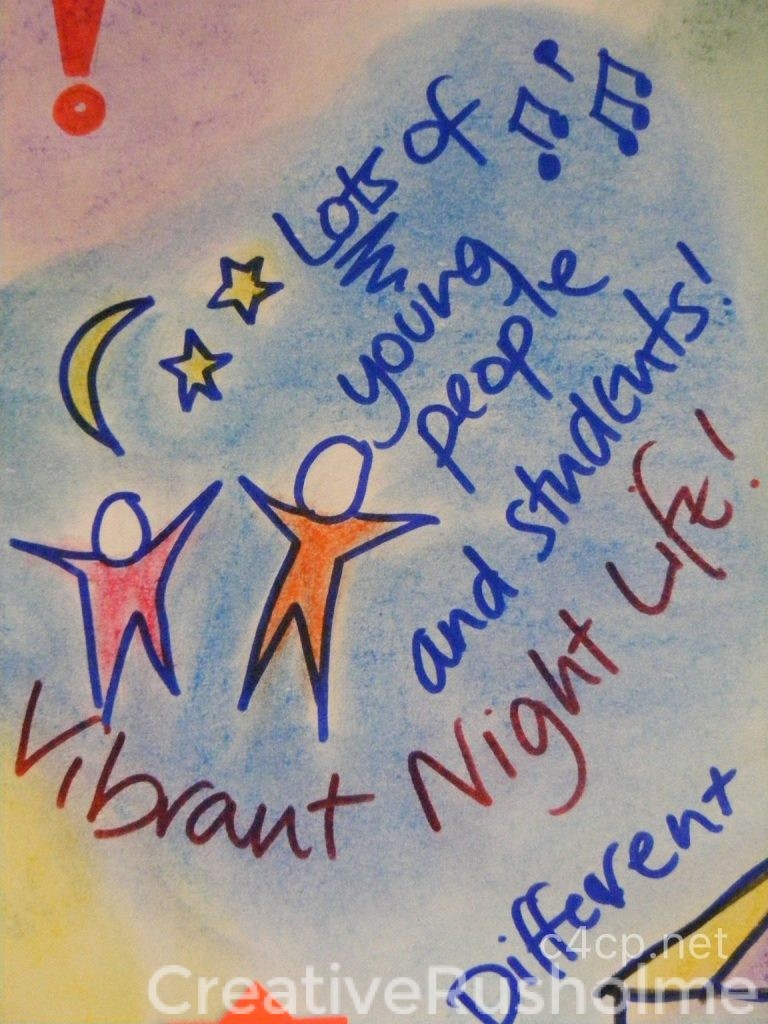 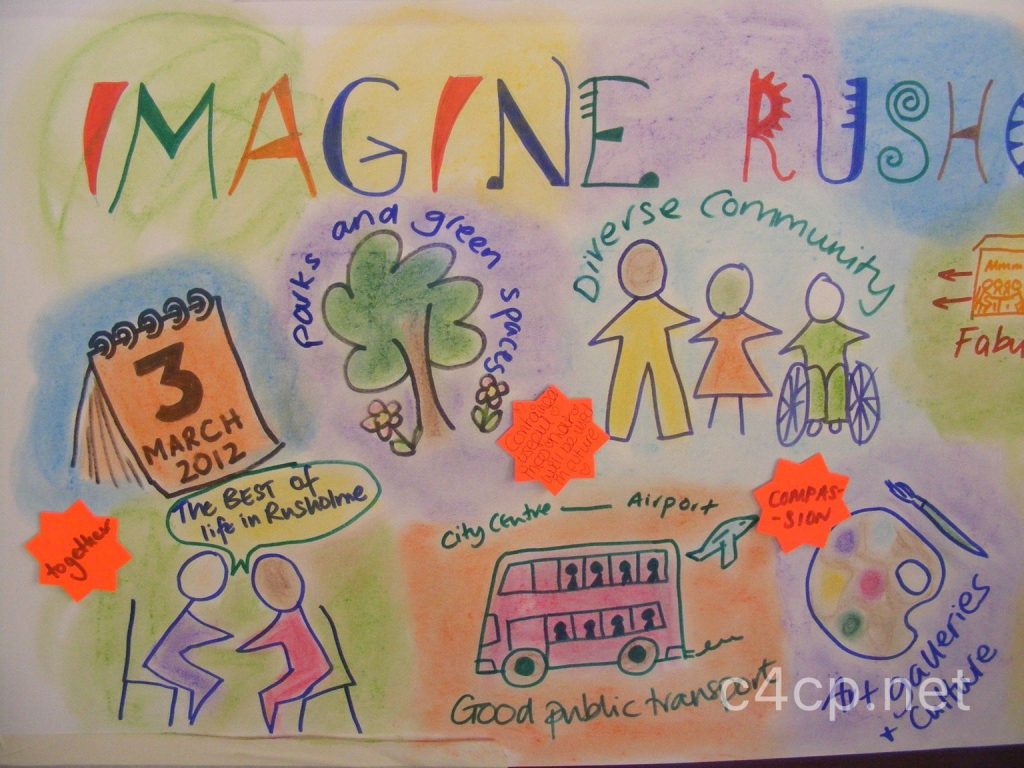 Imagine Rusholme, two community based positive action conferences, were held in 2012 to identify improvements for the area.

Appreciative Practice is a solutions based approach to community challenges, which is used all around the world. It involves a 4 D cycle:

Two inquiry sessions were held in the spring and the autumn and over a hundred residents, local councillors, public sector officers, members of voluntary and community organisations and small businesses attended.

Discover: many stories of successful community working in Rusholme were voiced.

Dream: residents and local organisations dreamed a proudly diverse, rubbish free, green and vibrant Rusholme. Using open space techniques, the facilitators identified what community dreams had most energy behind them in the room.

Destiny: seven workstreams emerged with local people volunteering to take part, one of which was Creative Rusholme. Other areas which were followed up locally included cycling and pedestrian safety, fly-tipping and litter, greening Rusholme, crime and community safety and caring for older people.

The evaluation of the two workshops was extremely positive. Out of the good energy and solutions focused orientation, the community project Upping It was formed a year later.

John Popham’s video of the feedback sessions at the first event can be viewed on You Tube.

NextTreasures of Rusholme & Victoria Park 2017Next